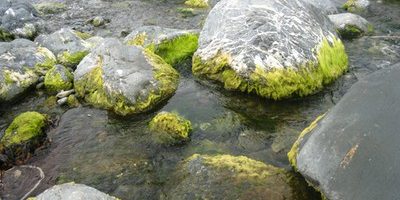 Making New Sense of the World 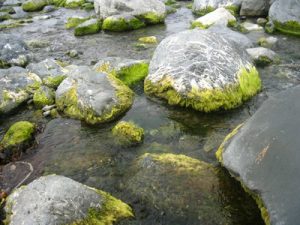 Through taking them and being prescribed them, I was under the impression that I was mentally sick and that this sickness lied solely within me, which is a flat-out lie. I am a survivor of childhood trauma and abuse and a born feminist who has always been at odds with the very conservative values of my family and their culture. I can trace now how systematically, I was taught to believe that I was defective and sick. After almost fifteen years, I no longer subscribe to that lie.

While in nursing school, I came across a table in my pediatric nursing textbook that described the normal behaviors of children at different ages. I then realized that I was a “normal” child who was brought into a household where parents could not regulate their responses towards her. In that moment, my world simultaneously came apart and opened up. Within a year, I had left nursing school (which I despised), visited Europe for the first time, moved out on my own for the first time in years, and enrolled in a graduate program to become a holistically-oriented psychotherapist. I knew I wanted to help people, but not in the way that I was “helped.”

Recovery means breaking out of the lie that human beings exist in an emotional bubble and are not affected by factors such as trauma, poverty, racism, sexism, and homophobia. That is the first step, in my opinion. Recovery means making steps to live the life that one wants in spite of what misguided “mental health” providers may say. Recovery means engaging in activities and “treatments” that nourish both body and soul, instead of taking drugs that make one “normal.” A pill doesn’t solve everything. A lot of emotional distress needs to be addressed on the soul level, the level of meaning-making. Through making new sense of the world, human beings recover.

Understand that there are many moneyed interests out there who are invested in telling you that you are sick and that you need to take medication for life. Listen to *yourself* first and what you need, instead of what the experts tell you you need. Engage in activities that you genuinely enjoy and that free your soul. If this sounds difficult, start with five minutes and see where you go. You are not obligated to put anything in your body that you don’t want to. Remember that dying people are treated with more dignity than a lot of people diagnosed with mental health conditions. Know that this is wrong. Know that you are a human being first, and that a diagnosis is someone’s subjective opinion. FIRE anyone who refuses to see you as one.

I recognized that while I was my “sickest” in my early twenties, I was simultaneously in an emotionally abusive relationship. When I met my current partner, I told myself that I was not going to change who I was to be with someone and decided to show him my true self. We have been together for seven years now. It has not been easy, but if I had not broken out of the lie that I was sick, I would not be with such a loving human being. My negative experiences in the system have made me a better therapist. I know what it feels like to be misunderstood and marginalized and strive to listen to my clients first, not diagnose them. I will be graduating with my MA in Counseling Psychology in under a year. After I was told that I should probably go on disability, I have a job with full benefits.