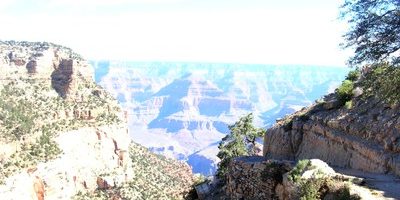 Most Helpful to You 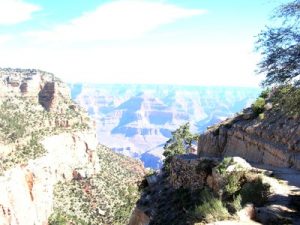 During your mental health care, have you often felt hopeful about your chance of getting better?

No. I was convinced that I would be on medication for the rest of my life and be going in and out of the hospital. Because I complained about my care I was considered a borderline and spoken to in a pejorative way. I was in a sense, really lucky that I was treated so horribly because it was that anger towards how I was treated that was the impetus for my decision to completely leave mainstream psychiatric care and get off medications.

Yes. When I asked about a prognosis I was never given an answer. Even though no one directly said I would never get better, it was implied and it was what I witnessed happen to others. I usually only saw peers get worse as a result of treatment, not better. In my time going in and out of the hospital, I never saw anyone get better.

Has a mental health provider ever told you that you could not reach a personal goal because of your psychiatric diagnosis (for example, education, career, independent housing, relationship, children, etc.)?

Two things. One, I had a hospitalization where I was treated horribly, isolated from the other patients, not allowed to participate in any groups, etc. I was lied to and when I complained and expressed anger I was labeled as a borderline. I was treated so horribly that I made a decision to never need the hospital again. Second, I found the resources and information on Beyond Meds and that helped me learn how to safely get off medications. I guess I have to add a third thing, I stopped one medication and experienced an immediate change in my personality. I was no longer irritable and I just felt like I was a much more tolerant and nice person. I was more myself again. That’s when I realized how much the medications were causing the mood swings, anger, irritability, and anxiety. I started a taper plan after that. Of course, my social relationships improved because I was no longer so irritable.

I would describe recovery as learning how to not be so afraid of feeling the pain, etc., that are a part of life. Giving myself permission to be wherever I am emotionally at the moment. Not to fear it, rather embrace it.

Recovery is always possible. Question whatever messages you are getting and follow your intuition about what is most helpful to you.

I have finished my PhD at the university of Chicago and I have a very successful career as an assistant professor. I have a good relationship with my son and am fully present as a mother (I couldn’t be when is was on so many medications).