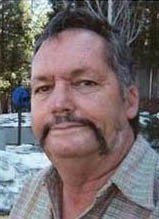 I grew up in a children’s orphanage (Children’s Baptist Home of Southern California) in Inglewood, CA. It was during the height of the cold war during the late 1950’s & early 60’s. Those where some really hectic and stressful times for all in North America particularly in Southern California. We would have all night evacuation drill to prepare us for evacuating in the event of a Chinese invasion. It may be hard to believe now days but in ’54 thru ’67 everyone in So-Cal was warned that the Chinese would land on So-Cal coast in masses of millions of armed Chinese that would kill us all in our sleep. Also there was the stress a Russian threat of an impending nuclear holocaust. Us children never knew if we would wake up the next morning. We were told by the staff of the orphanage that in the event of an invasion that they, our house parents, would do the compassionate thing and kill us all in our sleep.

At the time everyone was stressed out and no one thought that a few, 75 to 100 orphans mattered much. In the height of the stress the staff would take out their frustration by hauling off and slapping us 5 to 12 year olds across the room whenever they felt like it… and there was no predicting when they would feel like it. I lived like that for 7 years of my childhood.  On top of all the abuses at the home we each where trying to deal with the separation from our parents and feelings of rejection from society…
Which can be devastating in itself.

Needless to say that after exiting the orphanage I was one screwed up kid. I carried all the abuses and stress with me into two really neat foster homes. One was a windmill foster home where the charges were pretty much on their own. I was not able to interact in a “normal way” so I was bounced around to another foster home and then to an overcrowded boys home. Even though we were not abused in any of the later placements, in my mind the abuses I suffered at the children home was constantly being played out in my head. It was as though it was still going on. I had a lot of weird and violent thoughts running through my head most all the time. Often my mind would just go blank and I could not think at all.

As a young adult I limped by trying to support myself by working on farms as an itinerant field hand. All the while my emotional problems where getting worse.  At the age of 22 I started hearing violent voices threatening me with personal injury.   The voices seemed real to me but they would most often occur when there was no one around. At that point I know I was going absolutely mad, out of my mind and started seeking professional help. Dumb me; I thought they still had big state hospitals that I would be locked away in. So I was guarded about what I would reveal in evaluation interviews. It seemed that even by the enlightened ’70’s no one had the ability to accept that bad things happen to children while growing up in an orphanage. Somehow everyone felt responsible if a child had abuse while a ward of a county so no one would believe that my hallucinations, by this time visual was in any way related to a stressful childhood.

I was told that I was very mentally ill and that medications where the only relief from my torment that could be hoped for. I always believed that my symptoms where directly related to the stress and abuse of my childhood. The medications were never effective in controlling my symptoms they only added god awful, disabling side effects to my symptoms.  I was in psychiatric treatments and non-voluntarily hospitalized 8 times over 6 years. The longer I was in treatments the worse I got.  I finally decided that if I was ever going to live anything like a “normal person” free of symptom I was going to half to quit complaining about my symptoms and start going it alone. I had really bad withdrawals for over 2 years. That was on top of a profusion of symptoms. I was so screwed up during those 2 years that it all seemed like one big long nightmare. After I got over the withdrawals and stabilized by staying in homeless centers all over the west coast I finally found a therapist that was dedicated enough to accept a challenging case like me. Although she usually worked with psychiatrist she knew that if she did not want to lose me as a client that she should not push meds on me. She was very patient and listened to what I had to say about my condition. She used a number of different therapy styles on me and over a number of years I kept getting better and better.

After 6 years on and off I finally started feeling like a “normal person” with aspirations and making contributions to society.  Yes I still had symptoms, I still do today, but I now have the knowledge and tools to deal with that life brings me.  Although I am still not 100% recovered.

I am still on a spiritual journey that I started when the abuses first started. For the last 20 years I have been monitoring myself and whenever I start to have strange thoughts I stop what I am doing and start finding a counsel of my peers. Not necessarily a counselor of peers in recovery but anyone that I have things in common with. Then my symptoms will start going away. It is something that I have to schedule every day of my life, but hey it is a lot better than being paranoid and imagining all kinds of awful things happening to me. If I don’t keep my symptoms in check I would just keep getting worse until I find the right people to hang out with till I start functioning “normally” again.