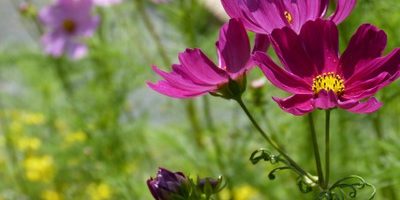 Happy to Be a Rebel 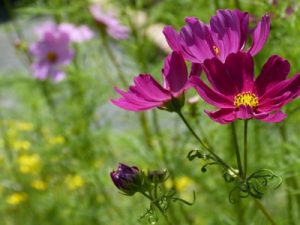 My name is Joanna and I am very happy to share my story with you. I am a 32-year-old Polish woman. I am a sociologist and work as a university lecturer.

I began to hear voices last summer, when I was visiting a very close, much older (69 years old) friend in Nigeria. I am positively sure that I started hearing voices because of strong emotional distress. My friend was much more than a friend to me and he, too, expressed his love for me many times before I came to Nigeria and was full of praise for my looks. However, to my deep surprise, he seemed increasingly unwilling to physically express his love and tenderness during my stay at his house. I could not understand and still do not know why he behaved in this way. I bravely tried to repress my sadness and focus on the positive.

Near the end of my 2-week stay in Lagos, I suddenly began to hear a male voice, which I believed to be the voice of my friend. At first, it seemed to me that he was talking to a jealous lover on phone (my friend firmly denied having had any such phone conversation). Later I even began to think that I was hearing messages recorded on some kind of device.

My friend kept saying that the voice was only in my head and when I mentioned ‘the device’, he dismissed my idea as ridiculously stupid. On the rational level, I knew that he was right and I tried to remain calm when I began to hear the voice again, even though it started saying demeaning things about me and repeating ‘I hate her so much’.

Things became far, far worse during the night which was planned to be the second to last night of my stay in Nigeria. When I was already lying in my bed, I began to hear a male voice, which was saying extremely demeaning and hateful things about me. The voice, which seemed again to be talking to a lover, portrayed me as repulsive in all respects and emphasized the beauty of the lover. At some moment, the voice even said ‘I didn’t send her any f…..g love messages’, even though in reality my friend had sent me countless love messages. And at some moment I also began to hear a young female voice.

I was so devastated and horrified that I got up from my bed, came to the door of my friend’s bedroom and began to talk to him. Finally my friend threatened me with calling a security guy if I did not keep calm. I humbly returned to my room, but I continued to hear the voices. This time it even seemed to me that the mysterious lover had entered the house, or was in the courtyard, and that she was uttering sounds of delight and passion. It was just as if she was having sex with my friend. And to my horror, the female voice began to repeat ‘Kill her for me!’ I stopped hearing the two voices only when it began to rain heavily.

On the following morning, my friend made it clear that he wanted me to leave his house as soon as possible. He seemed to be very angry with me. I spent the following night in a kind of hotel. This time I began to hear a very loud voice which seemed to be coming from an invisible loudspeaker. ‘My friend’ kept repeating, among other things, that ‘I would not leave Lagos alive’ because I had said some negative things about him to my mother and some other people. I soon began to beg a man who was trying to sleep in the room nearby to call the police.

On the next day, the Polish Consul made an appointment for me with a psychiatrist. The latter did not try to find out the possible reasons for my symptoms. He said that I might have schizophrenia and prescribed to me one dose of Lexotan and one dose of Largactil (the latter to be taken on my plane). The effects of the drugs were debilitating and Largactil made me feel strong joint pain.

In Poland, I continued to hear voices and began to have various delusions. Finally, I was committed to a hospital. I was forced to take antipsychotic drugs. The effects of one of them, Trilafon, terrified me and my family members: I found it increasingly difficult to make any movements and had Parkinson-like symptoms. My psychiatrist claimed that I would have to take a drug for at least 2 years. No one was interested in the psychological reasons for my psychotic breakdown. I spent more than a month in the hospital; for a month I was unable to go outdoors.

After I left the hospital, I took Abilify for almost 3 months. It seriously diminished my quality of life. Effects of the drug included akathesia, serious difficulties in focusing while reading and a distressing decrease in my libido. I also began to read about the dangers of neuroleptics and started wondering if I really had schizophrenia. But whenever I told psychiatrists that I would like to come off my medication as soon as possible, they repeated that it was impossible. One of them told me that if I came off the medication, I was highly likely to develop ‘neuroleptic-resistant psychosis’ and ECT might be necessary. Fortunately, his claims did not frighten me.

I came off Abilify almost 2 months ago and feel very well. I have come to be very skeptical not only towards biopsychiatry, but also towards the very concept of schizophrenia. I have learnt a lot about myself and others. My only regret is that my friend ended his relationship with me. Maybe my symptoms have frightened him. Maybe he is ashamed of the way he behaved. As to me, I bear him no grudge.