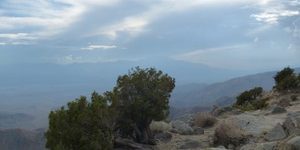 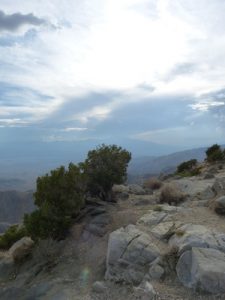 Most people don’t remember Saul and his activism or the book he wrote “Rules for Radicals.” I learned about him not from graduate Social Work but through my time volunteering at a homeless women’s shelter in Washington DC (the time Reagan became president.) It is through the reading of his work and research into his approach that psychiatric survivors can change the system.

His name has been effectively been washed out of the collective American mind frame but I still remember and know that he was affective at creating change. His story gives me hope.

I don’t feel telling a story about psychiatric suirvivorship is necessarily proactive. I am more about connection, support, and action. However I will share the pain and how I have survived without medication for those who find stories important.

I became delusional after the death of my only sister and best friend (both who died of long term terminal breast cancer.) I have several children — all with medical issues — and a burnt out Mental Health Case Manager husband who is a Stage III Kidney Cancer survivor. With all three of these cancer experiences help was everywhere. With my illness there was only silence.

I fought hard to stay off medicine but continued to have problematic thinking. I was aware my mind was fragmenting but couldn’t stop the process on my own. My family was unable to give the respite I requested. I think a month on vacation would have done wonders. I was in a MFA program and also began working during this time. I became sick enough for hospitalization and agreed to it. I was a former inatient psych Social Worker and worked on a floor with a great head psychiatrist.

All six of my hospitalizations were horrific.

The last hospitalization I was put in seclusion and punished afterwards by being placed in a security ward — steps down from a locked ward. There was no therapy, only drugs and crayons for supposed Art Therapy sessions.

I found all medications to be problematic and complained of cognitive difficulties, but was only given more neuroleptics.

Six months after my last awful hospitalization I started doing deep research and found all the writing which actually supported my thoughts and views. I was not alone.

It gave me a bridge of understanding on why in Social Work graduate school we read Szaz but on the psych unit blood was being drawn to find depression markers. I now understand why Family Therapy, which was so heralded in school, was a non-event in my state. My state has no alternative practitioners and is heavily invested in NIMH funding and NAMI – their offices are in the county Mental Health Board!

Saul was able to gain positive actions by crafty and well-planned strategies. I am willing to get to work. I need help. I could relate more tales of my inpatient, day treatment, and outpatient experiences but it will do nothing to change the Mental Health system or begin to initiate new methods of treatment. Let (or loudly ask) Michael Moore do a well advertised and financially sound documentary on the travesty we all have lived and let us in turn plan for the change we need to see.

If nothing else getting peer mentors on all shifts on psych units, more peer run or peer supported respite homes, more groups where non medicated or those who desire to withdraw medication can come and be. The 12-step movement serves that role, and I hear people on the edge of suicide talk all the time and they are not hospitalized. They share in a supportive setting with no value judgments.

Sometimes medication is needed and I would never make any value judgments on that for anyone other than myself. My children take meds by choice and they are smart enough to make their decision. They know they have the option to look and research side effects.

I don’t want to be alone with this, and I need to make my horrific experiences into something good for others, not just myself. Back in the 1950’s parents of the Developmentally Disabled initiated and developed a continuum of services out of the thin air. Dr. Sidney Wolfe helped release inmates of the invisible population in State Mental Hospitals. It can be done though there are many more loops to jump through. Once upon a time there was a move toward decency when the State Hospitals began. They fell into disrepute fairly quickly. Let’s do something that will last. Truth to power and power to action.