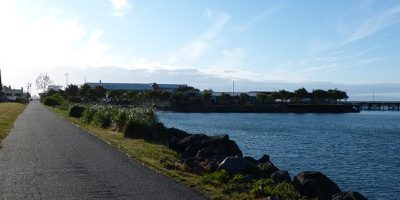 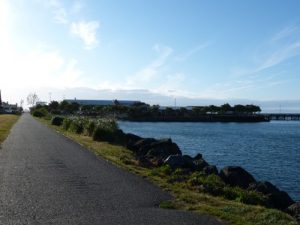 I was put in a psych hospital when I was 18, in 1980, for about 2 months. Again when I was 22, for 2 or 3 months, and the final time, when I was 25, for about 10 days. I was not violent, but was probably considered “gravely disabled.” Looking back, my diagnoses say “acute psychotic episode” and “reactive psychosis.” But at the time, I don’t think that is what the diagnoses said. No one knew whether this would be a permanent state for me, or not.

When I was 18, I desperately wanted to spend some quality time with my mother. I was living with my dad, and wanted to re-bond with my mom. She was just too busy with work and the local political scene. Ironically, once I was hospitalized, (she coerced me into signing myself in), she came to see me almost every day, and I finally got that attention with her that I had craved.

What led up to the hospitalization? A number of stresses, for which I had not developed adequate coping strategies. I had graduated from high school, then traveled to Japan and lived with a family for 10 weeks, loved it, then felt let-down and lost when I returned home. I had not made good plans for what I was going to do next. I also experienced major heartbreak over my first love. In addition, my parents had gotten divorced, and there had been a nasty custody dispute over my little sister, in which my mom had made terrible accusations against my father. I wanted better communication with my mom, and could not make that happen. I had a “nervous breakdown.”

Was I really “mentally ill”? It seemed so to my family. I did not want to accept that label because to me “mental illness” was synonymous with “no recovery possible.” In the hospital, I was pressured to say out loud that I was indeed “mentally ill.” It seemed to me that my doses of Thorazine and Stellazine were increased when I protested. I hated the medication. When it did not knock me out completely, it made everything seem gray and colorless. It killed my libido. It made me feel less intelligent, and less able to go through my self-reflective process. So I finally said out loud,–“Yes, I realize I am mentally ill,” because I thought that would make them decrease the dosage. I think it did. But then I started to believe what I was saying. Even when I got out of the hospital, “former mental patient” became my main identity for many years.

I was lucky I had supportive people around me when I got out, because I was way more depressed when I got out, than I had been going in. One friend of the family kept trying to convert me to his religion. I did not convert. But I did appreciate his time and dedication to me.

I lived first with my mom and her housemates. I took classes at a community college. I tried to sleep a lot. My mom often physically wrestled with me to get me out of bed. Then after she went to work, I would sometimes cut school and go back to bed. I wasn’t tired. I was just hoping to escape into a good dream with my former sweetie in it. Once, I almost swallowed a bottle of sleeping pills. But I called my shrink at the last minute, and he talked me out of it.

I moved in with my grandparents. This was better because they were home all day, and would not let me sleep excessively. I was depressed a lot, and still on meds. I got a job in a restaurant. I volunteered at a pre-school. I ate lots of junk food.

I became a camp counselor that summer, away from home. My parents helped me get my application into a university, I was accepted, and I moved to that college town. The doc took me off the meds. Things got better. But I had another “breakdown” four years after the first. Stressors? Another broken heart. Identity issues. And I could not decide on a major in college. Plus, I think because I’d had one breakdown before, my subconscious (and my housemates) knew this was an option. It was familiar.

I went to the hospital voluntarily. This time I tried to refuse the medication I hated. My voluntary status was then immediately changed to INvoluntary, so I did not have the right to refuse. This time, the meds caused painful involuntary movements of my jaw. When I transferred to another hospital, at first I was told I had the right to refuse the meds, and I did. Then after I had settled in, I was told if I continued to refuse the meds, they had the right to kick me out. I contacted the patient’s rights advocate, and this was confirmed. I wanted to stay, so I took the meds. I made peace with being doped up, though I did not like it. This was a university hospital, and they did a lot with discharge planning. They helped me get into a half-way house back in my university town, and this was good.

Then I managed to rent a room with regular housemates, and they helped me get hired at the restaurant where they worked. I took a break from the university for a year, and worked almost full time, while attending the local community college part-time. I became financially independent from my parents. I kept seeing the psychiatrist from the university hospital for a year—I commuted a couple hours once a week to see him. He promised me, if I saw him for a year, he would help me taper off the medications I hated. (I was afraid to do it on my own.) We did that. Then I went back to the university and finally graduated. This was a big deal because a doctor had once told my mom, he did not think I would ever graduate from college. He had told her, the most that could be expected of me, was maybe I could work in a restaurant.

A big focus of my studies was reflecting on my experiences in the Mental Health system. My senior thesis was about alternatives to traditional mental hospitals. I got involved with a Mental Health Clients organization. When I graduated, I worked for that organization, for almost a year.

But when I first graduated, I experienced one more episode that led to hospitalization. This one was short, however. It was over in about 10 days. I know that not taking care of my health was a big factor leading up to this one. I had not been sleeping regularly, or eating well—trying to finish my Senior Thesis on time. Considering the topic of my thesis, I had felt “immune” to being hospitalized again. I was wrong. But I felt like I now knew what I needed to do to take care of myself, and prevent further hospitalizations.

I became more careful to be sure I have adequate sleep, nutrition, and exercise. When I anticipate difficult times, I plan ahead as best I can, to do extra things to take care of myself. I don’t take recreational drugs. I used to smoke a little marijuana, but a doctor once told me, this could have been a contributing factor to my psychotic episodes. So, I don’t do it anymore. Besides, I could lose my job. So, it’s not worth it. I have not been hospitalized since 1987, nor have I taken psychotropic meds since.

I worked for the Mental Health Clients organization for less than a year. I could not make enough money with them to start paying back my student loans. They expected most of their employees would have SSI [Social Security Insurance] supplementing their income, but I did not. So, I moved back home and lived with my grandparents while attending more college to earn my teaching credential.

I became a teacher, first in elementary school, then in Special Education. In studying about students with Emotional Disabilities, I learned that even with non-verbal students, teachers should assume the students’ actions are attempts to communicate. What a concept! When I was in the mental health system, there was not this emphasis on trying to understand the patient—the emphasis was to get the undesirable behaviors to stop, and that was it. I think the classroom is a more effective place than a psych’s office, to try to help people with problems.

I have been a teacher in public schools, and now I teach in a correctional facility. No one at work knows of my psychiatric past. (When I first became a teacher, on the forms that asked whether I had a psychiatric history, I lied. I had to.) I have taught for 17 years now. I have had no further serious mental health problems. Have I had ups and downs? You bet. That’s a normal part of living. But they are within the realm of normal.

It was important for me, eventually, to develop an identity that was not “former mental patient.” My identity now is teacher, wife, and mother. I married my best friend from college, and we have a beautiful 13-year-old child. I support my family financially. We own a house. I don’t take meds or see a psych. I have gone to a counselor occasionally, to deal with specific issues, and I did try Xanax once, for anxiety in a new teaching assignment. But I stopped the Xanax quickly—I did not like how it made me feel. And when I went for counseling, I did not tell the counselor of my psychiatric history. It was not relevant to my current issue, and I did not want to share it.

I think for many mental health “clients,” the label of “mental illness” can be secretly seductive. To me, the label implies the person will never make a full recovery—never be self-sufficient. It is sometimes easier to just give in, accept that label, and let yourself be mentally ill. Then no one expects much of you, and you can’t disappoint anyone. You might even be eligible for SSI—free money. I think that can be a trap, though. It can make people reluctant to challenge themselves, for fear they will no longer be eligible for the free money. I was fortunate. I applied for SSI, but did not qualify. So, I had to challenge myself to do more with myself.

I am 51 years old now. I sometimes think I could have accomplished more in my life if I had never been taken to a mental hospital, and been put on that “mental patient” trajectory. I sometimes think, “Mom, couldn’t you have just taken time off from work, and taken me camping for a week?” I felt somewhat damaged by the mental health system experience. But who knows what would have happened instead? Maybe things would have been worse. At least I had family who cared enough about me to try to do something when I was having a hard time. It may not have been exactly what I wanted, but at least they tried.

Also, I think I am probably a kinder, more understanding person, than I would have been if had not gone through the mental health experiences that I did. For me, these episodes happened during a phase in my life, from ages 18 to 25, on the way to adult-hood. Those “mental health experiences” do not define me. Don’t let yours define you either.