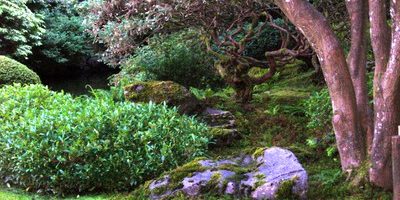 Never Give Up Hope

I have had many experiences with the mental health system in my life, some good and some bad. I have been in psych wards in several hospitals as well as in jail. Throughout this journey, there have been very few moments of hope. That is what I wish to change about the system, and that is what I am working to do: provide hope to those who have lost it.

My experience with the mental health system began just like so many others- a crisis. I do not remember much of what the doctors later dubbed “psychotic episodes,” but I have heard the details from my family.

I was asking my wife strange questions and laughing inappropriately, and she became worried. When I started talking to myself, that’s when she called a family member to ask what she should do. She asked me if I wanted to go to the diner, and instead took me to the psychiatric emergency room. Upon arriving, I was very confrontational, fighting security guards and other hospital staff. They handed me a cup of pills, said “take these”, and I told them to do something unpleasant with them. When they told me I could either have the pills or the needle, I opted for the pills.

I woke up the next day confused with my family by my side. When they told me what had happened, I was surprised to say the least. Most of the details were fuzzy at best. I was given a 30-day supply of a powerful anti-psychotic drug and released without a plan for follow up care. This was my first experience with the mental health system, and there were many more just like it. Things continued in this fashion for years.

The Value Of Peer Support

During these trips to the hospital, I saw people who were crying out for help, but sent home with none. We were stabilized and released, only to come back weeks or days later. I became what the staff referred to as a “frequent flyer.” I suppose some good came out of these visits, at least I was in a place with people who understood what I was going through. It was during these trips that I began to realize the value of peer support. I got more good advice from the fellow patients than I ever got from the “mental health professionals” who were supposed to be helping me.

I Searched For Help

I could not continue to live like this, so I searched for help. I must have called a dozen psychiatrists before I found one that would accept me as a new patient. My first meeting with this doctor was an eye-opening experience. He asked me some basic information, and in the middle of my responses, he would interrupt me to ask me another question. He prescribed me a powerful anti-psychotic drug and sent me on my way.

I hated the way that these drugs made me feel, so I stopped taking them. I was put on so many different drugs during this time that I cannot remember them all, and none of them worked.

I eventually ended up in jail, where I stopped taking all psychiatric drugs, and for the first time in years I felt in control of my emotions and thoughts. It was during this time that I decided to study psychology so that I could help others avoid the terrible experiences that I went through with the mental health system. Upon release, I became severely depressed, but I finally found a doctor who listened to me and treated me as a person.

I was diagnosed with Borderline Personality Disorder (BPD), and given an appropriate medication that actually helped me feel better. Within two weeks, I felt like a new man. I actually felt GOOD, rather than just “not bad”. I began to research BPD and was amazed that it had taken this long to receive this diagnosis; it seemed so obvious given the criteria. Learning about this disorder was the first and most important step in my recovery. I began to learn techniques to deal with my emotional instability, and I found that dedicating myself to work and school was very therapeutic.

I began studying for my Bachelors in Psychology a few months after being released from jail, and I married my longtime fiancé in August 2011. I have recently transferred to a Social Work program at a local college. Since April 2012 I have been working in peer support, helping others with psychiatric diagnosis to improve their lives in whatever ways they deem necessary.