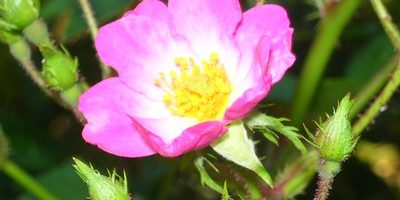 I was hospitalized for 6 days with acute, paralyzing depression in Jan. 1999. On discharge, I was diagnosed as having bipolar disorder and later I was diagnosed bipolar I.

I was prescribed Klonopin at the time of hospitalization and I took it for 14 years. I attended a weekly support group whose mantra was “Always Take Your Medication­—even when you feel better…” So I did.  But, I kept getting worse.

Two months ago, a new psychiatrist told me how bad Klonopin was for me and took me off of it. I am still going through withdrawals. No longer trusting psychiatry, I went online to try and heal myself with diet and supplements. I took myself off the Wellbutrin and Lithium, too.

While recovering, I’ve been reading about the side effects of Klonopin. I honestly believe I was misdiagnosed.  I believe my depressions and rages, over the last 14 years, were caused by the Klonopin. I had five different psychiatrists over 14 years. They did not ask why I was prescribed Klonopin or how long I had been on it. They just renewed it.

My mood has been totally stable since I stopped my medication, though I’ve been physically as sick as a dog.

I am a wife, mother and grandmother. I have been an R.N. for 30 years. I lost my career (and 6-figure salary) and most of my friends. I now have panic attacks, one after another, as a result of brain damage, which I’m hoping is not permanent. It is an ordeal for me to leave just my house.

Is it possible I was misdiagnosed and mistreated for 14 years?! I think so. I believe Klonopin ruined 14 years of my life. I don’t want anyone else to suffer as I have.

I also know that no one wants to be on psych meds. And, I know that they can be very important to those who need them.  I’d like to tell my story in a responsible manner.  I think I’m in the right place.