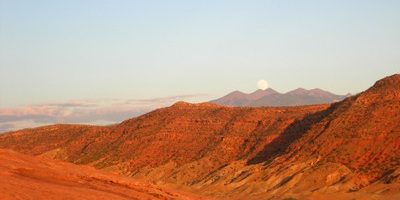 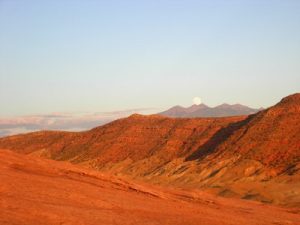 [The medications] make me feel numb, dysphoric, apathetic, and slow, make it hard to think, feel, concentrate and make decisions. [They cause] weight gain so I feel bad about my body. Some have caused akathisia – like horrible panic, thought I was going to die, etc. Once [I] even felt violent on a 2nd generation neuroleptic. [I] also feel like I’m being sucked down into a coma when taking drugs – worse when first put on them. I’ve had to lower the dosages in order to be functional at work, and am still in that process.

During your mental health care, have you often felt hopeful about your chance of getting better?

No. The mental health “care” had the opposite effect. At one point I was completely hopeless, stuck on the “med-go-round”. It’s my increasing self-reliance, self-awareness, and responsibility that are improving my life.

Yes. I was convinced I had a biological brain disease, “bipolar disorder”, and would never work or live a normal life, especially after spending years trying different “cocktails” of drugs and not feeling better.

Has a mental health provider ever told you that you could reach a personal goal despite your psychiatric diagnosis (for example, education, career, independent housing, relationship, children, etc.)?

Yes. Generally, my doctors have been optimistic, even with my dismal results. Somehow they imagined that it would one day work for me. I don’t know how they sustained that optimism.

The turning point was when I realized that despite the horrendous suffering from being on the psychiatric drugs, I was responsible for reclaiming my life. I recognized that a certain amount of suffering would have to be tolerated while building a better life, and that the “treatment” was what happened because I *didn’t* take ownership of my life. I grew to regard drugging not as “treatment” but as punishment for disobeying social norms, freedom from the hospital as parole for good behavior. Seen in this light, I grew to have a non-medical view of my behavior, that also admitted the truth, that I had problems and was “acting out”.

I don’t like the word “recovery”. To me, it buys into the notion of a “disease” or at least a “disorder”. I think we live in a profoundly spiritually sick society, in a metaphorical sense, and that “normal” is not a worthwhile goal in such a society. I only see “recovery” as a shallow term to refer to someone who is now capable of complying with social norms without spilling their suffering out into the world, a person who can go to work, have friendships, have a family, e.g. “go along to get along”. It says nothing about the oppression and repression that poison so many lives, or as Thoreau would say, that means “the mass of men lead lives of quiet desperation.” We have to look far beyond terms like “mental health”, “emotional health”, or “recovery” to really get at what is happening in our culture and world.

If you are feeling skeptical about your treatment, read the critical literature, and read about alternatives. Also understand that this is a world that is very much troubled, and that the world lives in each of us, including you. You are more than a label or a collection of symptoms. You’re a human being with a life story. You can only reclaim your life by reclaiming *you*.