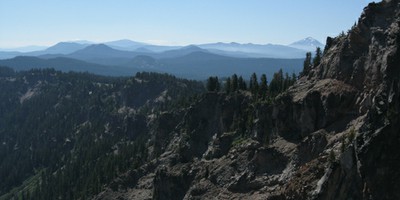 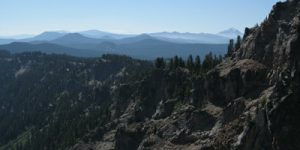 Long years of isolation, depression and psychosomatic complaints without adequate care led to increasing despair and a need for emergency psychiatric care and my ending up at state hospital.

It was 1960 and I was sixteen years old. The phenothiazine tranquilizer revolution was in full-swing and electroshock widely used. Schizophrenia was still being diagnosed in young people such as myself and was seen as genetic disorder with a poor outcome. The state hospital I was at had been built in the nineteenth and early twentieth centuries and was a dark and gloomy place as were most others at that time.

In the winter the outside walls leaked, in the summer the heat was stifling, unheated bedrooms reeked of urine and many toilets and showers didn’t work. The daily routine largely consisted of eating, sleeping, staring at the walls, hallucinatory voices and waiting for the next ax to fall.

The staff there treated patients as if they were trash. They man-handled the really difficult ones, and they always talked down to you. Say you wanted to go to college or had some other big plans as I did. They’d laugh in your face, and tell you that you were going to be in the hospital for the rest of your life and so forget it.

Treatment—unless you mean psychiatric meds or shock—was in limited supply. A couple of evenings a week they took us to a room in the basement where they had card tables set up, pool and ping-pong and a phonograph playing for so-called “recreational therapy,” and one afternoon a week they took us for arts-and-crafts, which they called “occupational therapy.” The doctor came just for a short time each day or not at all, and my social worker didn’t come to see me until I had been there for several months.

Despite being sixteen I was always on the adult wards, and they refused to transfer me to their children’s program. They also refused to send me to school until a few months before I left. For months on end after I came I couldn’t even phone or visit with my family.

Then there was electroshock. Patients waited in one of their poorly heated bedrooms to be called out into the hall. More than a few had to be dragged or carried. When my turn came they had me lie down on a portable gurney in the hall. A doctor, a nurse, and some Roman Catholic nuns who were student nurses stood around it. The doctor injected a muscle relaxant (which I later learned was Anectine) without putting me asleep. It paralyzed my respiratory muscle within seconds so I couldn’t breathe and I was sure I was going to die.

Afterwards, I had difficulties remembering new things and speech problems, I was no longer a top student when I finally returned to my high school, and I had painful flashbacks for years. To this day shock treatment makes me cringe whenever I think about it.

When they thought I’d been shocked enough, they gave me a “grounds card.” I now spent my time wandering the grounds and open corridors of the hospital instead of staring at the walls on the ward. A couple of months later my social worker enrolled me in summer school at a local high school. After a few more months on one of their back wards for chronic patients, I was allowed extended passes home, and, finally released to my father and went back to my regular high school.

I faced a hard road ahead to recovery. Day-by-day I struggled with painful flashbacks, nightmares and sleep disturbance, my lost cognitive capacity, bitterness and rage. Joy was to be gone from my life for years to come.

My father took us out to eat regularly, bought an expensive stereo for the living room and a portable television for my sister, yet he insisted he “couldn’t afford” aftercare for me. He and the rest of my family denied my horror story could be true, said I had always had the “best of everything,” and something must have been rotten with my genes all along as the hospital said.

I had to struggle in high school and college, but through years of hard study and practice with a tape recorder, I was able to regain much of what I lost. Several years later I went to see a psychiatrist on my own and my father agreed to pay for it just to “make me happy” although he said he never believed it would help. I was able to go on to graduate school and obtain a Master’s Degree in Psychology and work as a clinician for over 30 years before I retired.

Years after I left the hospital the Congressman from my district contacted me. I had written to him while in the hospital pleading for help and somehow he remembered and was able to locate me. He wanted a written statement of my experiences in the hospital, I sent him what he asked, and the following year the state legislature passed comprehensive mental health reform which forbade electroshock in state hospitals.

Experience has taught me that recovery is hard but still possible, and it is my hope that others may have an easier time of it. I encourage everyone to try to change mental health programs they deem negligent or abusive. You may be surprised what you can do if you really try.