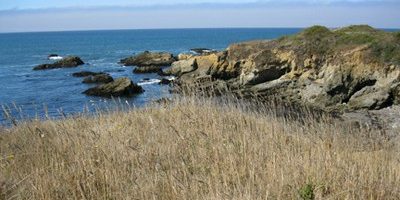 Little By Little Things Will Change 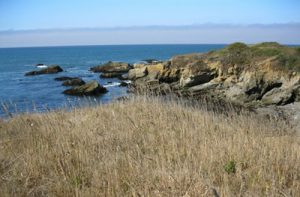 Part 1: I am 51 years old now and have suffered from severe major depression. Depression that paralyzed me for several years of my life where I never married, never had children, and had a hard time holding a job. In 2009, I was hospitalized because the police said I was combative and pressured me to be seen by someone at the hospital. I didn’t want to go, but eventually I did. I thought I was going to the emergency room to be evaluated, not a psychiatric emergency room. This was the pinnacle of my life and mental illness.

When I realized where I was and felt misled by the police I tried to walk out of the hospital and was grabbed by security, and I lost it. I then punched and kicked the security as they dragged me across the floor of the hospital emergency room and strapped me down with the 4 points they use to control people. I kept yelling “I will tell my lawyer and the police what you have done to me!” and suddenly a nurse came in with a smug look on her face and slammed a needle into my leg. She took joy in doing it. I saw it in her eyes and it disgusted me because they all believed I was drinking and taking illegal drugs and believed that was why I acted so irrationally.

They did blood work all night long only to find out that I wasn’t doing anything they thought I was doing. In short, what really disgusted me about the whole situation was the horrible treatment the mental health patients receive in hospitals as if we are idiots that aren’t aware of our surroundings.

Part 2: The true story is that I had been triggered (i.e. I have PTSD) the night before when I was the victim of a prowler on a stranger’s property where I was watching their dog for free. It turned out that it was the man who owned the dog and he had an ulterior motive for having me there even though I was trying to do a good deed. To make a long story short my mind spiraled out of control as a result of a number of things that happened that night and I began a two-day period of believing I was being followed by the mob and they were trying to kill me. This truly was the absolute worst time of my life. Even more than any day I had drank/drugged my self to death hoping to die.

Part 3: I was hospitalized for 9 days and things began to change for me in a way that they never had before in my 30 years of suffering with severe depression. I began to feel hope because I was not alone anymore when eating, I did silly crafts with peers, I talked with others on the ward, I cried to some of the nurses I trusted, and they told me I was very bright.

Some of the staff treated me with respect and as a human being, and I journaled the entire time I was there. I realized that all the years of isolating had kept me from recovering from my depression because I never let the light in. I was always in darkness due to embarrassment.

I also took a stand for myself and made a complaint because some of the staff were disrespectful and I felt it was unacceptable and needed to speak up. That was so freeing for me to believe in myself enough to know that what was happening was wrong.

After going home, the loneliness did set in and I became afraid again, but I took action immediately to see a psychiatrist and met an interesting woman who gave me a book called How To Bounce Back From Life’s Hardest Hits. It was the best and most inspiring book I had ever read. I finally connected with how to change my destiny.

Slowly but surely I began recovering: I decided to write my own memoir about my journey, I began exercising, I let go of people who were not healthy for me, I focused on surrounding myself with the animals that I worked with that always seem to feed my soul, my medicine was changed, I found part-time work, I began taking better care of myself by dressing up and doing my makeup and hair, and people started to notice the change.

I then started working out daily which really helped the depression. I no longer felt depressed while exercising and I lost 20 pounds. I felt great and people told me how different I looked. I surrounded myself with supportive people in AA who listened to me which I never had before and life started taking a different path. A path of happiness!!

I looked good, I felt good, and it felt as if I never experienced depression. I learned some valuable tools in this process.

Part 4: Exercise is a great tool to enhance your overall well-being. You look good and feel good. Dreaming about what I could make happen in my life even though I never felt I could do it before.

Praying for guidance and visualizing positive change happening in my life. It is amazing how when you write down what you want to happen, read it every day several time a day, and then pray on it, how things seem to manifest in your life.

Allowing women into my life to be there for me was SO HELPFUL!! Not all women are out to hurt me the way my abusive mother always did my whole life. Realizing I don’t have to keep reliving the story of the sexual abuse over and over was freeing. It not longer served its purpose. It was never my fault!!! And I needed to forgive myself because I was carrying so much shame without realizing it.

My home is filled with color, it is small but decorated very cute and it is a safe sanctuary for me and my pets. I found my love working with animals who feed my soul and no longer have to prove to my mother that I should be what she wants me to be, especially at 51 years-old. I maintain my recovery with the tools that I began learning in the hospital where peer support is very important. Especially those who went through the same feelings and circumstances.

You can get better. Believe it! It may not feel that way when you are in a crisis and don’t know if there is any light at the end of the tunnel. But there is. Little by little things will change. Try not to do it too quickly because then you may get discouraged if it doesn’t happen fast enough. Find supportive, kind, empathetic people who have been there and no the way. Those that have been there are your tour guides and can help you.